With this post Rick concludes his reflections on his recent trip to Moldova. You can begin the series here.

One of the great joys I have in Moldova is afternoon visits of the elderly after a full morning of teaching students.  I make it a high priority every time I go.  Kishinev Bible Church has an elder care ministry that regularly visits over 90 individuals.  It began with visitation to the home bound of those connected to the church, but now has expanded beyond that through word of mouth.  So many living in the numerous high rise Soviet-era flats in Moldova are isolated, lonely…and forgotten.

For me, it’s like stepping back into history.  These are individuals who have lived through  World War II, Stalin and Soviet communism.  They talk about the hardness of life, enduring frozen work camps in Siberia, hiding in bomb shelters, seeing their homes destroyed or seized.  One 90 year old woman I visited on this trip had been a spy for the Russian army.  She injured her back on a final parachute training jump.  Her team of 12 were all killed by the Nazis soon afterward on a mission to which she had been assigned.

I visited another fascinating woman on my final day.  This 80 year old had a contagious wit about her that was only accentuated by her Russian dialogue (the head of the church’s visitation ministry was there to translate for me).  She was born in Moscow and had been a professor of literature.  I asked her about her favorite writer.  With great excitement she said, “Alexander Sergeyevich Pushkin!”  She promptly and proudly displayed one of his volumes. 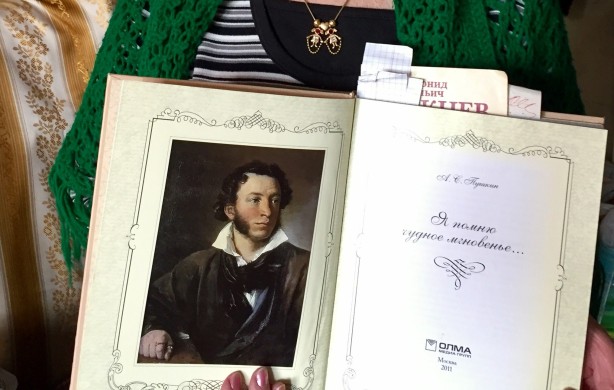 Pushkin, born in Moscow in 1799, was a playwright, novelist and poet. He died at the age of 37 from a gunshot wound received fighting a duel over the honor of his wife.

I asked her if she could recite one of his poems…she immediately stood up and treated me to an amazing performance of several that she loved most. There was something about hearing Pushkin in Russian that stirred my soul.

She then did an encore from the poetry of Andrei Dementyev…and one from Mikhail Lermontov for good measure!

She talked with me about her grandfather (pictured second from the left in the photo below) who served in the Russian army under Tsar Nicholas II. Fascinating stuff!

As a result of the visitation ministry, she has recently begun attending the church. I hope that one day soon she will be reciting the Scriptures as passionately as she recited Pushkin.

As I left that day, she presented me with this small volume of poetry with a handwritten note on the inside cover (I’m going to have to expand my Russian vocabulary beyond the six words I know!). She said she hoped I wouldn’t forget her. I haven’t. 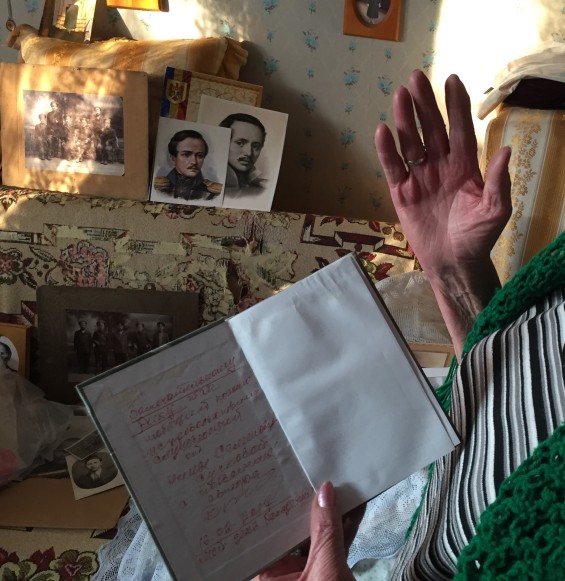 These visits for me, bring into bold application James 1:27, “Religion that is pure and undefiled before God, the Father, is this: to visit orphans and widows…”.